Douglas Osborn Da Silva lights up when he talks about his little boy. ‘My son is my world. He’s everything to me,’ says the Norwich-based Branch Manager. ‘Seeing him smile, seeing him happy – that’s priceless.’

It’s clear the family Douglas has created with his husband is very different from the one he left behind when he moved to the UK from Brazil 15 years ago.

‘I arrived in the UK with nothing, no money and no job. But I was happy because I was finally free to be who I really was,’ he recalls. ‘I remember sitting near the parliament building in London on my 21st birthday thinking it was the best decision I ever made. Even though it was the most difficult time of my life, it was also the happiest because I was able to be myself.’

Finding freedom and a family

Born in Brazil to a devout Catholic family, Douglas always found his relationship with his dad difficult. Things came to a head when he was 16.

‘He opened my wardrobe and found a letter from my boyfriend. My Dad had never truly accepted me and since that day we never spoke.

‘It was difficult to live in a house where I wasn’t accepted and was made to feel unwanted so I made the decision, when I was 20, to move to the UK and start a new life. It was a decision not just to leave Brazil but to accept who I was and not be afraid to be myself. It’s the best decision I ever made.’

A year after his arrival in London, Douglas met his partner. The couple got married in 2010 and adopted their son, Oliver, in 2017.

‘We followed a process called “Foster to adopt,”’ explains Douglas. ‘It’s quite a daunting process. For eight months I was regularly meeting social workers, attending training courses and talking about my personal experiences. It’s quite an invasive experience because it has to be, right? You’re welcoming a little person into your family. But it was also a very inclusive process, which made it very special for me. And the bank supported me practically and mentally more than anyone could ever imagine. For that, I’m so grateful.’

Douglas and his husband both work here, and were able to take time off for appointments and training courses. ‘There were so many parents on the course who couldn’t both attend because they couldn’t get time off work. That’s hard because it’s not an easy process, it really helps to be able to attend together, so you can build confidence in each other and be sure this is the right decision for both of you. Being able to really engage with the process and not have to worry about my job meant everything to me.’

For Douglas, the support he received during the adoption process is a good example of how the bank has evolved since he first joined NatWest 11 years ago.

‘My manager knew I was gay since the very beginning, and I’ve never had any bad experiences, but when I first started here there wasn’t much talk about inclusion.

‘In the past, I wouldn’t tell people that my partner works for the bank – I’d be very reserved about that part of my life. Now I feel everyone can be who they want to be and it’s a much more natural part of conversation. That, for me, is lovely to see.’

That culture of openness and inclusion meant Douglas could get the support he needed throughout the adoption process and beyond – so that he and his husband can get the balance between work and family life that works for them.

Making the most of flex

‘We were able to share parental leave which meant we could both enjoy that precious time when our son was very little,’ says Douglas. And as Oliver has grown, the pair have made the most of flexible working to find a balance that suits them.

‘My partner works compressed hours so he doesn’t work on Wednesdays, which works really well for him.

‘I work flexibly and finish early on a Monday, so I can go and pick Oliver up from nursery without feeling guilty because I know I’ll work a bit later the next day.’

For Douglas, the support he’s had to truly be himself, and be open about who he is and what he needs, has helped him to be happier at work and at home. And that benefits Oliver too.

‘Oliver’s doing great, he’s very settled and loves nursery,’ says Douglas. ‘The nursery tell us he’s very proud of his two daddies and talks about us to everyone! Being a dad and seeing him happy is the best job I could ever ask for.’

Find somewhere you can be yourself. 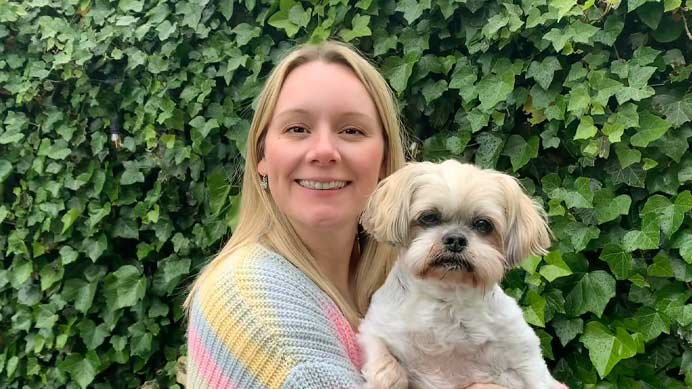 Speaking up about hearing
Inclusion
Posted 27 days ago 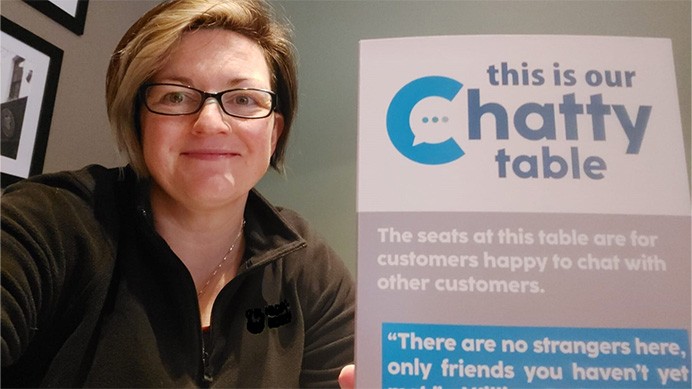