We spoke to some of our tech colleagues in Zurich about what attracted them to NatWest Group. In a country famed for its financial institutions, what made us stand out?

For many of our colleagues, the answer was ownership. They’re actively encouraged to be autonomous, and to work on projects end-to-end. This involvement, from inception to completion, is a major factor in them choosing to work with us.

‘For me, it's very important to work on end-to-end projects and take full ownership,’ confirms Applications Manager Caroline Harper. ‘And I'm really lucky because in my team, that’s really what we do. I'm working for the Robotics Process Automation team. And we take a project from the beginning. So, we work with the business to find out what their problems are, then we work with them to draw up a solution.

‘We work with different people, with infrastructure, so we really work with a lot of experts. We build a solution for the business, and then we deploy it, and then we maintain it. We also enhance it and improve it. So really, we're responsible for the process from the beginning to the end. And this is really, really, fun, because you can get really involved. It's like your baby, you’re involved from beginning to end, you take full responsibility, and you learn a lot and meet a lot of different people.’

Talking to Caroline and her colleagues, you can see the sense of achievement and excitement they get from taking ownership of projects. ‘For me, working on end-to-end projects gives you a completely different feeling about your work being important,’ says Giovanni Bianchi, Solutions Architect. In my team we started a big API project from scratch. There was nothing before it, so we had this opportunity to design the requirement from the start – choosing the technology stack we needed, mastering the technology, then slowly developing it, and bringing it to production. This is absolutely the best feeling for an engineer.’

Giovanni has had plenty of experience in other organisations, including outside the finance sector. And according to him, there’s something quite special about the way we approach both big and small projects. ‘From my experience, there’s not too many companies where this kind of end-to-end ownership of projects is possible. I've worked in FinTech and start-ups, I’ve even worked in nuclear physics in the past. And it was mostly about working on huge projects, in which you may build some small piece. And of course, you really learn a lot, and need an overview of the project. But being at NatWest gave me an opportunity to really learn a lot about making a project mine. I mean, it's not just mine of course, but you get this feeling of belonging somehow.’

Our Head of Strategic Projects, Janine Prior, has experienced that ownership in its extreme. ‘A few years ago, my line manager sent me an email and said, look into robotic process automation,’ she remembers. ‘It was a one-liner. I looked into it, I actually started by googling it, because I didn't know much about RPA at the time. And I very quickly realised that this was an emerging tool set. So, me and my team started to develop the business case. By doing that, I was able to present very quickly a clear, concise, concept to the executive committee on how we could bring this into play.’

From there, things moved fast. ‘They really liked it. They gave us all the funding we asked for, and within six weeks, we had a prototype. So pretty much single-handedly, along with some consultants, I was able to bring in something new that we didn't have within Private Banking. And now, a year and a half later, it's a team of nine people working with robots and developing robots.’

Like with her colleagues, Janine’s excitement at being able to break new ground and bring a project from ‘page to stage’ was clear. ‘It's been a wild ride, and absolutely amazing to be a part of that. To be able to influence something from the beginning to the end, and then hand that over to somebody to now run the team – who is absolutely brilliant. And then I was able to go and do something else.’

As our talented tech teams in Zurich can attest, we like to do things a little differently.

Find something to take ownership of – apply to join us.

Birmingham means Business!
Our Locations
Posted over 4 years ago 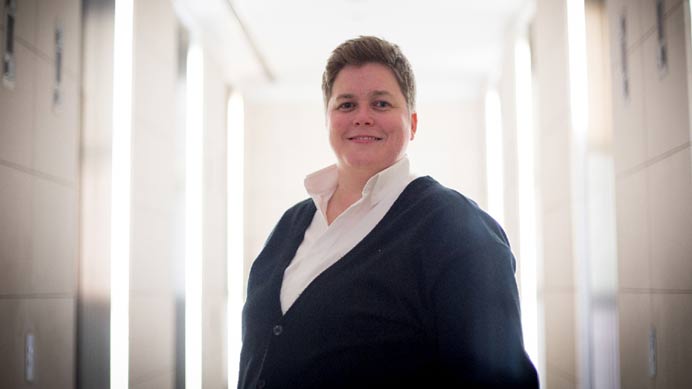 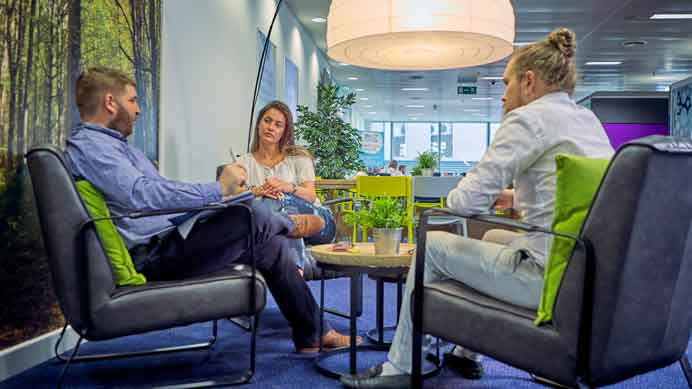 Life at RBS Poland: An interview with Anna Leszka
Our Locations
Posted over 4 years ago